Guaranteed income is coming to the Gulf South. Take a look at the 3 programs 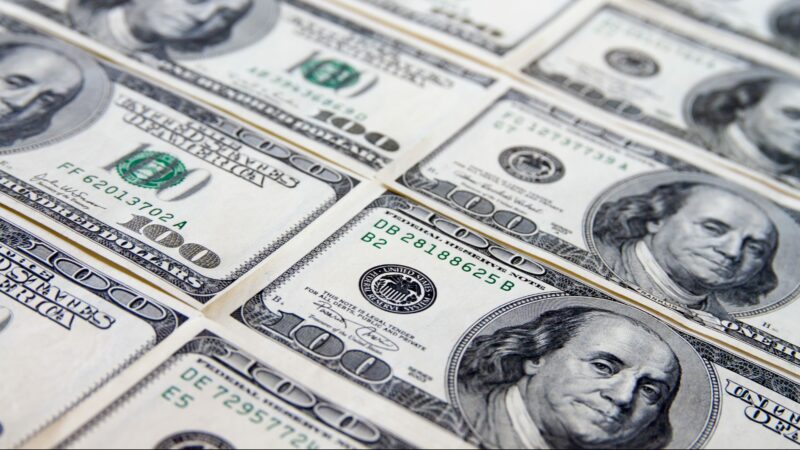 By Aubri Juhasz and Stephan Bisaha

Update: Here’s a link to the application for Birmingham’s guaranteed income program. Applications close at 11:59 p.m. on Feb. 7, 2022.

Guaranteed income — providing money to people who need it, no strings attached — has been a dream of some welfare reform advocates for decades. Now, that dream will get multiple test runs across the Gulf South.

New Orleans, Birmingham and Shreveport plan to give hundreds of residents a guaranteed income this year, joining dozens of other cities trialing the concept in 2022.

All of these cities are affiliated with Mayors for a Guaranteed Income (MGI), a group of more than 60 mayors advocating for making guaranteed income available across the country. MGI argues individual city-led pilots are an important step toward this goal and has provided each city with $500,000 in funding.

While the idea of giving cash to those that need it sounds simple, the process is actually quite complicated. The three cities all received pilot funding from the same nonprofit, but have opted to spend the money differently.

The pilots will also play a central role in MGI’s plan to make a guaranteed income available for all Americans. The advocacy group hopes to use them as proof that guaranteed income can help the people that today’s welfare programs fail.

Birmingham’s pilot, Embrace Mothers, will run for a full year giving $375 a month to mothers. And that doesn’t just mean biological moms.

Grandmothers. Sisters. Aunties. If you’re a woman in Birmingham taking care of a child 17 or younger, you’re eligible.

Single mothers make up more than 60% of Birmingham’s households with kids, according to the city. Women were disproportionately harmed by the pandemic, which is part of the reason why the city wants them to get this cash. The city will randomly select 110 mothers out of those that apply.

Another thing making Birmingham’s program stand out — income doesn’t matter. The city won’t disqualify people from the program based on how much they make. The city dismissed income as a qualifier to address a common problem in welfare programs — whatever income line you draw risks someone in need gets left out.

“We’ve talked to women who because they got an extra 10 cents an hour they no longer qualified for a whole range of benefits,” said Amelia Muller, civic design principal for Birmingham. “Those income bands often hurt more than they help.”

Muller expects women with higher incomes will self-select out.

The $375 a month offered in Birmingham falls short of the amount listed for most other city-led pilots. But without getting financial backing from the city council or the state, raising the amount would require cutting back on the program’s length or the number of people getting the cash.

Muller said how much cities should be giving out is still an open question. With different cities trying different amounts, they stand a better chance of finding the answer.

“Because guaranteed income is new enough there isn’t really a consistent theory of the case around what the ‘right amount’ should be,” Muller said.

While most guaranteed income pilots in the U.S. are designed for single parents or families, New Orleans is taking a different path by giving money to young people instead.

Teenagers and young adults — between the ages of 16 and 24 — who are neither working nor in school regularly were invited to apply for the city’s 10-month program in late 2021. Participants were selected in December and monthly payments are scheduled to begin in January.

The city relied on several partner organizations to refer at-risk youth to the program rather than open the application city-wide. One of the organizations they worked with was ALAS, whose mission is supporting undocumented students.

Lisa Maria Rhodes, with ALAS, said giving the money to teenagers and young adults makes a lot of sense: life-long disparities often begin when children are young, so tackling them early on gives you a better chance of addressing them.

“I don’t want to say that it will fix everything, but I think it is a step towards that, and it also allows young people to be more hopeful,” Rhodes said.

Most of the young people Rhodes works with had never heard of guaranteed income when they were referred to the pilot. To many of them, free money with no restrictions or conditions sounds like a scam.

“I think our kids think it’s too good to be true. I think once they get selected and they get the first check, I think we’ll hear some different reactions,” she said.

Rhodes said the young people she works with plan to use the pilot money to cover household expenses — many still live at home with their families — or pay for college.

Jazmin Gil Rivera, 21, applied for the city’s pilot and told New Orleans Public Radio in November that she wanted to put some of the money aside for nursing school, but other expenses might get in the way.

“I’m trying to find another apartment, but rent is so high,” Rivera said. “If I had more money it would go to food, rent and bills.”

Like Birmingham, the $350 a month offered in New Orleans is on the low end of the scale compared to other cities piloting guaranteed income. The city said they settled on the amount because they wanted to reach as many people as possible by still offering a “meaningful” amount of money.

Shreveport’s pilot has been a long time coming, since the city was one of the first to secure funding from MGI back in June 2020.

“We know that 25% of the citizens in Shreveport are living in poverty, and we know that a program like this would help more of our residents maintain a better quality of life,” said Candice Battiste, the city’s pilot manager. “It’s not just about survival, but about living.”

To qualify, applicants must be single parents with school-age children and have an income that’s 120% beneath the federal poverty line. Fifty percent of pilot spots will be given to residents residing in the city’s lowest-income zip codes and the other spots will be selected at large.

Shreveport’s online application portal is expected to open later this month and residents will be able to access dedicated sign-up computers at recreation centers throughout the city.

Battiste said financial counselors will be made available to people who are selected for the pilot to make sure the program won’t have a negative impact since it could influence federal and state welfare benefits. The city has requested a waiver from the state’s benefit’s administrator to freeze participants’ existing benefit amounts, but so far it hasn’t been granted.

“It’s important for us to make sure that we follow through as soon as we can with getting these funds in the hands of the people that need it,” Battiste said. “Their bills are not going to wait for us to get an answer, so it’s more important for us to just get the program started.”

What happens after the pilots end?

The Center for Guaranteed Income Research at the University of Pennsylvania will study what happens to people enrolled in the pilots and release its findings in hope of leading to the creation of a federal guaranteed income. Funding for the center comes from MGI, though the center says its researchers aren’t involved in running the pilots.

Stacia West, co-director for the center, said while they’ll be releasing studies and data on the results of the pilots, changing policy takes more than peer-reviewed papers. West expects the stories of how a guaranteed income hopefully changes the lives of pilot participants will play a larger role in leading to federal policy change.

“If the world were changed by data we would live in a completely different world, right?” West said. “So the most effective policy change happens when we have both strong data and strong narrative evidence.”