Some Parents Worry About In-person Standardized Testing During The Pandemic 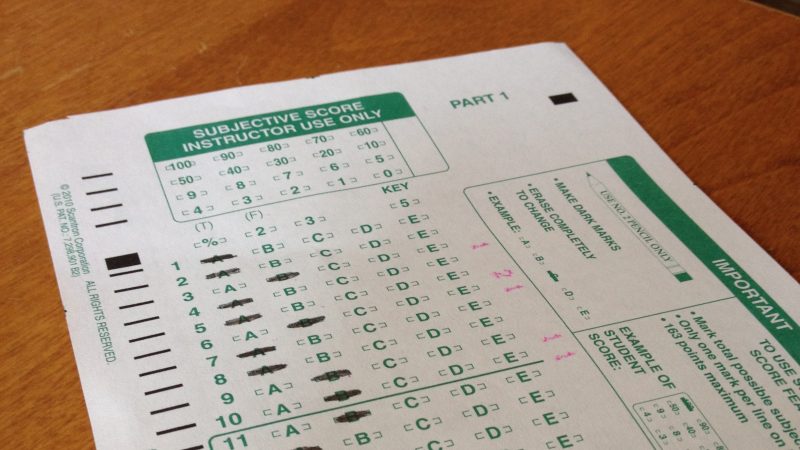 This school year is going better than Emily Peterson expected.

This Hoover mom keeps her 7-year-old son at home because of the pandemic where he attends “school” virtually. Every day he walks from his bedroom to the now-converted playroom for lessons.

Peterson praised the teacher’s work and expects her son to be on track when he returns to the school building after the pandemic subsides. But there’s a new concern: standardized testing.

Last year, the federal government approved requests from all 50 states to be excused from the standardized testing required by federal law. But this week the Biden Administration announced the annual tests must resume. Alabama education leaders have said there is no virtual option for spring standardized testing, despite COVID-19, and students will have to test in person. That worries parents whose kids are being taught remotely.

“It seems silly to me,” Peterson said. “I don’t know how else to say that.”

Peterson won’t send her son for the test. She says teachers already evaluate students learning virtually and it’s not unreasonable for state tests to operate in the same way. Plus, she said, her family has taken the pandemic precautions very seriously.

State Superintendent of Education Eric Mackey said he understands parents’ concerns, but that in-person tests can be conducted safely for most students. The state does not have a system that can handle online testing and ensure there’s no cheating.

Mackey said even though there will be a huge asterisk by this year’s data given the COVID disruptions, educators need something to go on to see how students are doing. Education officials will develop a 30-month recovery plan to address learning loss and this year’s results would inform that effort.

There’s no penalty for students who don’t participate, but schools could face consequences. Test results factor into the state’s school letter grades and Alabama’s “failing” schools list. On the federal level, schools with participation rates of less than 95% percent get docked.

But U.S. Department of Education officials also announced this week states can apply for waivers that will offer flexibility on how and when students are tested, such as extending the testing window into summer or scrapping the participating requirement.

Alabama officials have not said if they plan to apply for a waiver from the federal government. Mackey expects state lawmakers will adjust accountability rules this year.

Of course, local school districts have to handle the logistics on the ground. Some high school students started taking their standardized tests this month.

“We’re not putting more than 10 students in each classroom,” said Cornelia Davis, testing coordinator at Birmingham’s Parker High School. “The teachers can open the windows to make sure there’s airflow. Every child has a mask on. Every teacher has a mask on. We don’t allow more than two people in the restroom at a time.”

Some Birmingham City Schools have spread out students in gyms and provided gowns for situations when testing must be done one-on-one.

“We’re just trying to go over and above and beyond to make sure our faculty, our parents, our students feel safe,” said Kecia Topping Chapman, executive director of assessment, accountability and research for BCS.

Chapman has heard a mix of opinions, but she estimates in the end 70 to 80% of students in the district will go through with the in-person test.

Robert Sorge has a sixth-grade son who’s been learning virtually all year in Homewood. Sorge probably won’t send his kid out of safety concerns. But he also reached out to school leaders to ask how things will look on testing day and he has not heard back.

“Because of the situation, you have to sort of allow a little leeway. But it’d be nice to have the information than not,” Sorge said.

There is not much time for parents to make a final decision. High schoolers kicked off the testing season this month. Many more students will follow in March.