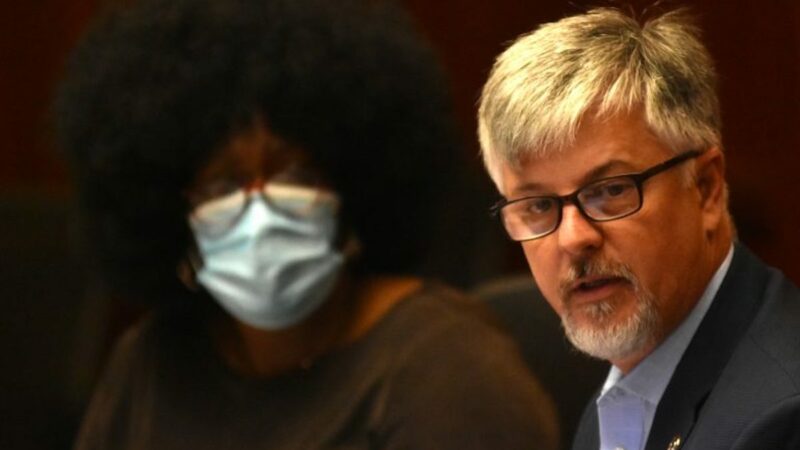 Jefferson County Commissioner Steve Ammons urged county employees and department heads Tuesday to be careful of excessive spending when traveling on behalf of the county.

“I was just making sure that employees understand that we’re still keeping an eye on travel,” Ammons said following the commission’s committee meeting. “It’s not a vacation.”

Ammons’ eye was drawn to a trip someone from the county compliance office will take Sept. 18-22 to the Compliance & Ethics Institute Conference in Las Vegas. That trip will cost $3,354.55.

“If you’re going to do work and you’re going to a place that’s expensive, I get that it’s going to be,” he said. “That’s going to be an expensive town to go to and stay in. But we’re going to other places, and I just wanted to make sure that department heads are holding their employees accountable and aren’t in the luxury suites, that they’re actually staying in something that’s reasonable.

“It doesn’t have to be a fleabag motel,” Ammons said, “but it can be a decent hotel. Most conferences stay in very nice hotels.”

Travel was on the mind of Commissioner Sheila Tyson, who complained that she sometimes doesn’t hear about information-seeking trips of her fellow commissioners or their staffs until the traveler has returned.

She said she’s attended leadership workshops to benefit the county, but she did so by writing grants.

“My staff needs to go to workshops where they can improve their knowledge in order to improve their district,” Tyson said. “It’s all about the citizens.”

Commissioner Lashunda Scales, who chaired the meeting in the absence of commission President Jimmie Stephens, cautioned that trips that are in the county budget don’t require preapproval. She said that requiring preapproval in those instances would place another layer of bureaucracy on commission members.

In another matter, commissioners moved to Thursday’s commission meeting agenda an Alabama Department of Transportation project involving a manhole cover on U.S. 280.

“They’re resurfacing and doing some lineage work on 280 from Hollywood Boulevard to First Avenue North, and one of our manhole covers has got to be raised,” Deputy County Manager Cal Markert said. “We just have to do an agreement with them.

“They’re going to widen the road and they’re going to pave the road,” he said. “That manhole has got to be raised so that it’s flush with the new asphalt.”