It’s Not Just Hair: New Orleans CROWN Act Is A First For The Deep South But, Advocates Hope, Just The Beginning 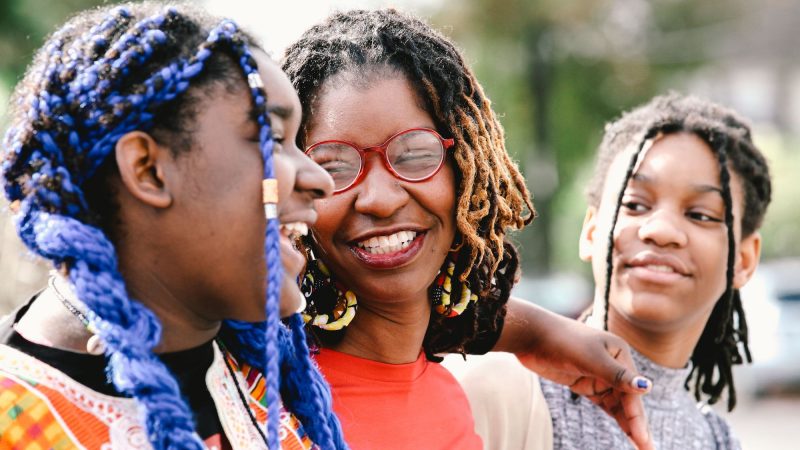 Nia Weeks, Founder and Executive Director of Citizen SHE United in New Orleans, with her two daughters, Peyton (left) and Cameron (right).

“You can’t go into a court with locs. No one’s gonna hire you,” they told her.

At its last meeting in 2020, New Orleans City Council made a move to address those worries when it passed the C.R.O.W.N. Act Ordinance, which prohibits race-based hair discrimination, including the denial of employment and housing because of hair texture or protective hairstyles like braids, dreadlocks and bantu knots.

C.R.O.W.N. is an acronym for Creating a Respectful and Open World for Natural Hair. The C.R.O.W.N. Study, by cosmetic company Dove, revealed Black women are 80 percent more likely to change their hair to fit social norms and workplace expectations. Those changes often include straightening their hair with extreme heat or harsh chemical relaxers.

While Birmingham passed a resolution to recognize July 3 as National C.R.O.W.N. Day last summer, New Orleans was the first municipality in the Deep South to adopt a C.R.O.W.N. Act.

“It was the best Christmas present that I could have even thought of giving to Black women. It was a love letter and a thank you in action,” Weeks said. “Black women are not a monolith, but our hair and the experiences, the prejudice that we experience, is a unified issue, regardless of age, demographics, geography [and] socioeconomic status.”

At about 38 and 32 percent respectively, the Black populations in Mississippi and Louisiana make up a larger proportion of the population than in any other state. Still, race-based hair discrimination persists in these states, creating barriers to employment and education and to freedoms that others take for granted.

Read the full story from our partners at WWNO here.