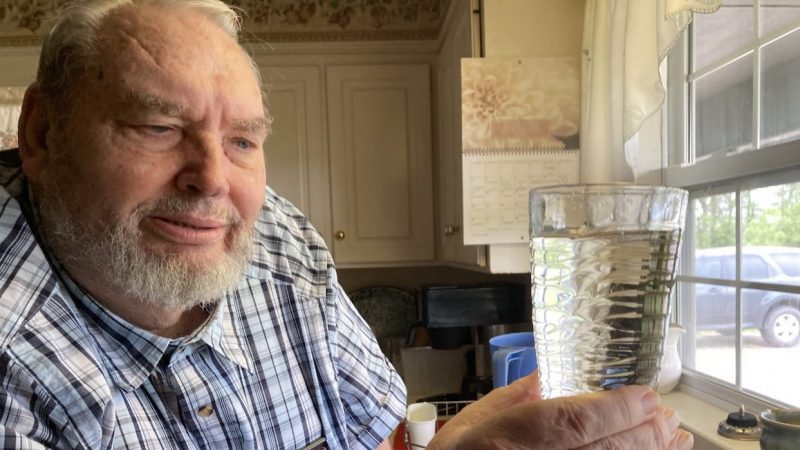 David Koehn, general manager of Black Bayou Water Association, holds up a clear glass of water from his tap, in an area known for naturally-brown water.

When a winter storm swept through the South in February, pipes froze and thousands were left without water for weeks putting water infrastructure disparities in the national spotlight. But even under clear skies, water providers in some small, rural communities across the region often fail to deliver clean and reliable water.

That’s partly because there are too many water utilities serving too few customers. Mississippi, Alabama and Louisiana have more than 3,000 water utilities and nearly half of them serve fewer than 1,000 customers. It’s difficult to maintain water systems connecting just a handful of houses across dozens of miles.

“They might not have the money to have a generator or be prepared for emergencies,” said Kirby Mayfield, CEO of the Mississippi Rural Water Association. “For them to be able to provide good, adequate service – sometimes it can be a problem.”

One way to provide better service: Teamwork. A utility in the Mississippi Delta has made that its philosophy. Black Bayou Water Association has been consolidating those tiny systems more aggressively than others for the past 30 years. And it’s making a difference for residents in one of the poorest parts of the country.

George Reynolds lives in an unincorporated, rural community in the Mississippi Delta. At his home in Washington County, about 60 miles northwest of Jackson, having running water used to be a coin flip. And waiting for someone to fix it would take days.

A few years ago, Reynolds was one of only about 100 customers left paying for the failing local utility, Darlove-Murphy Water Association. Like a lot of rural communities, the population was shrinking; Washington County’s population declined by 14% between 2010 and 2019. There weren’t enough paying customers left for the utility to keep up with maintenance and their own bills.

That changed when Black Bayou Water Association took over in 2017.

“It’s like night and day,” Reynolds said. “When Black Bayou took over, the water come on, the water keep going.” 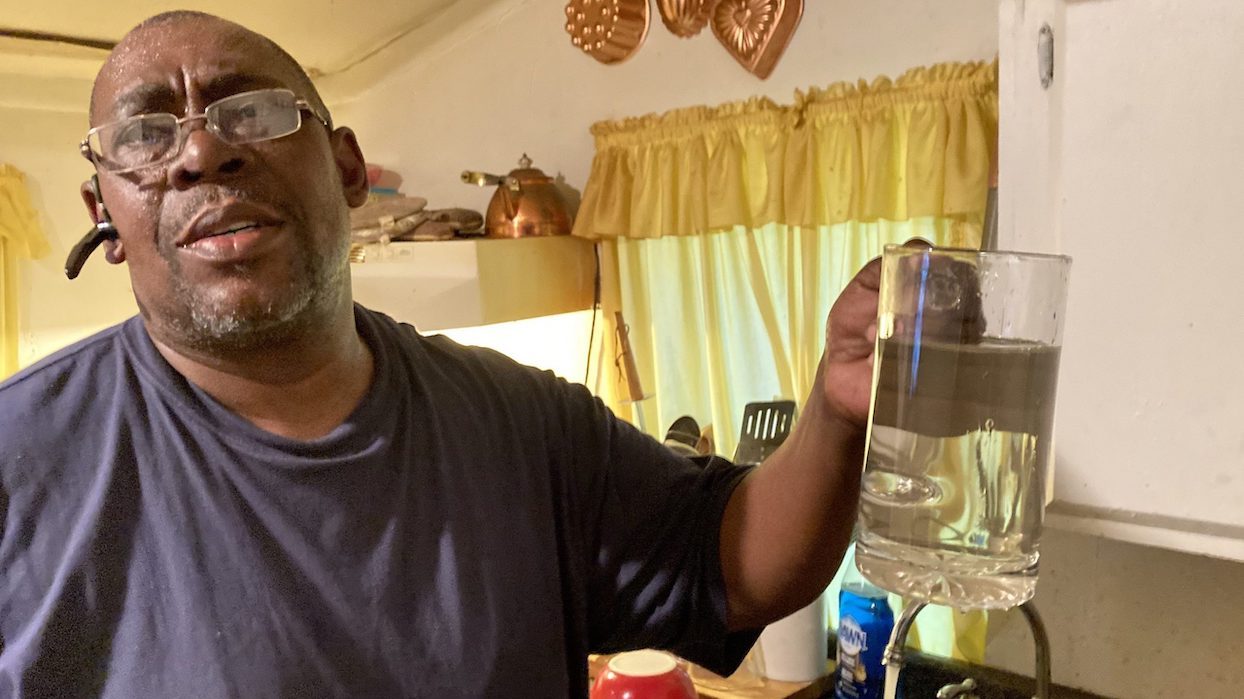 The utility company formed in 1988 with about 350 customers. Today, it has about 2,700. Over three decades, it merged with neighboring water providers – connecting pipes and customers.

Along with having more people paying bills, merging has other benefits. Black Bayou has fewer water treatment plants and can avoid each system needing its own. Merged utilities can better recruit high-skilled talent, like certified utility operators. And instead of relying on one groundwater well, the providers can pull from different water sources.

That came in handy in February when a severe winter storm froze pipes and some nearby towns lost water for a few days.

A small fraction of customers on the outskirts of Black Bayou’s service area actually did lose water for about half a day, but the majority did not and never had to go under a boil water notice. Koehn deployed old wells the utility would not normally use because of the naturally-brown color of the water.

“Brown water is better than no water,” Koehn said.

Black Bayou’s aggressive consolidation is the exception. Often towns won’t merge until their water system is so broken down, with so few customers left to pay for it, that there are no other options.

That’s part of the reason why the country’s water infrastructure is starting to act its age. A water main breaks every two minutes in the United States. The lack of revenue for rural water associations makes them less suited for repairing and replacing that infrastructure without teaming up.

“We’re starting to see the consequences of the nation’s chronic underinvestment in water infrastructure coming to bear,” said Emily Simonson, the director of strategy for the US Water Alliance.

The Mississippi Delta is known for its muddy-looking water. Removing the brown isn’t cheap and doing it safely costs even more.

“Somebody said one time, ‘Taking the brown out of this water was like taking the white out of rice,’” Koehn said. “But it can be done.”

By merging with other water systems, Black Bayou’s had the resources to be aggressive with its cleaning. Koehn said having more customers makes it more likely his grants for rural development get approved. Black Bayou paid for a $2.5 million treatment system with a grant and loan from the USDA.

Still, some color persists in the water. 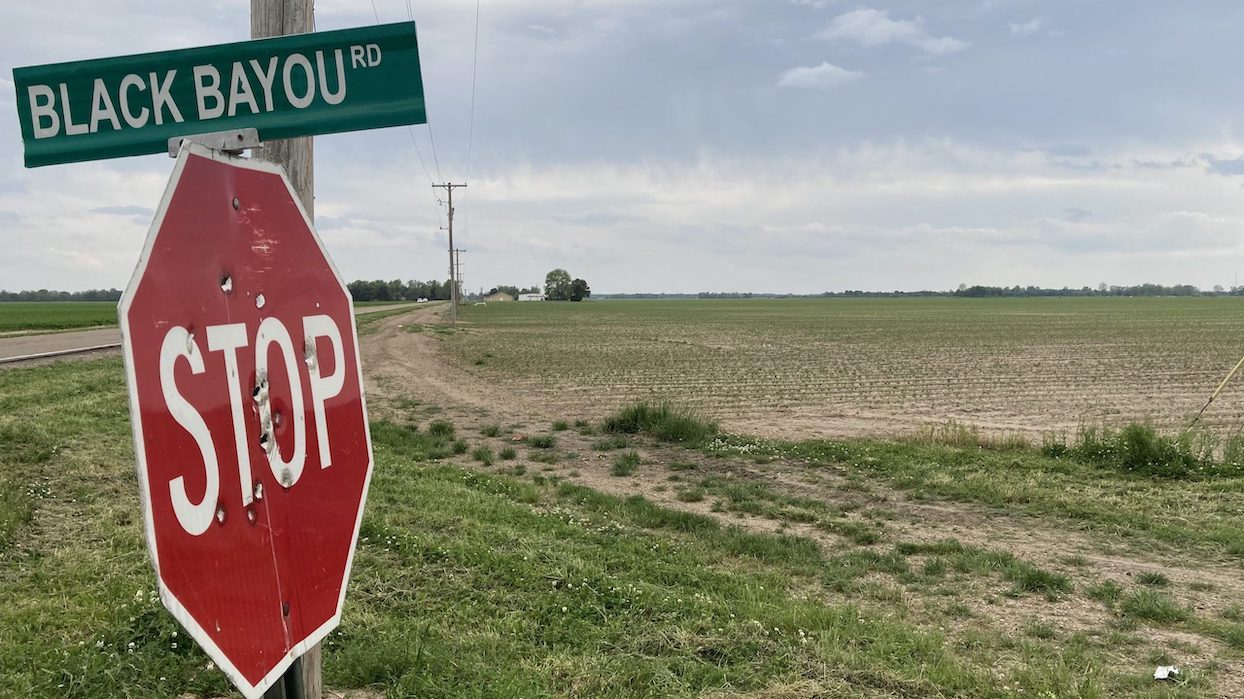 Robert Bagley lives at the end of Black Bayou’s service area. At times he has to open up the pipe to drain out some of the dirty water that’s gathered at the end of the line. But the glass of water he holds up is clear enough to see through to the ornaments hanging by his kitchen window.

“I have no problem drinking from it,” said Bagley. “I was glad Black Bayou took it over.”

The color is much more noticeable when it’s gallons in a tub versus ounces in a glass. Lorraine Bagley, who’s married to Robert, does not trust the water.

“I cook with it, make coffee with it and all that,” she said. “But when you fill a bathtub up to give the children a bath, it’s not clear at all. It looks like it’s dirty.”

They both stick to drinking the bottled kind.

The clearer water and better service does come with a higher price tag. Black Bayou estimates customers pay about $20 more on their monthly water bills than their neighbors.

Some customers are saving money now because the smaller water providers they had before often had higher rates. Generally, when utilities join up, they become more efficient, which can slow the march of rising bills.

But Black Bayou argues that clear, reliable water demands a higher price tag – and customers have been willing to pay for it. The complaints that come up when rates get hiked usually dissipate after a few months.

“I wish it was cheaper,” said Reynolds, a customer of four years. “But like I said, we need the water.”

Back in the 1990s, Alabama environmental regulators pushed for its own Black Bayou-style mergers. While the state couldn’t force small rural water associations to join up, it did encourage the practice, especially when it was clear a utility had become too tiny to provide quality service.

And many utilities listened. The state today has less than 600 water utilities, half the number regulators said it had in the ‘90s. But that’s the exception. Rural water providers remain reluctant to merge and let outside groups in.

That can be a legitimate concern. Lack of representation from community members on a utility’s board can lead to equity issues. But water infrastructure experts say opposition is often wrapped up in town pride. Small local governments often provide few services beyond delivering water, and they don’t want to lose their town name on the water tower.