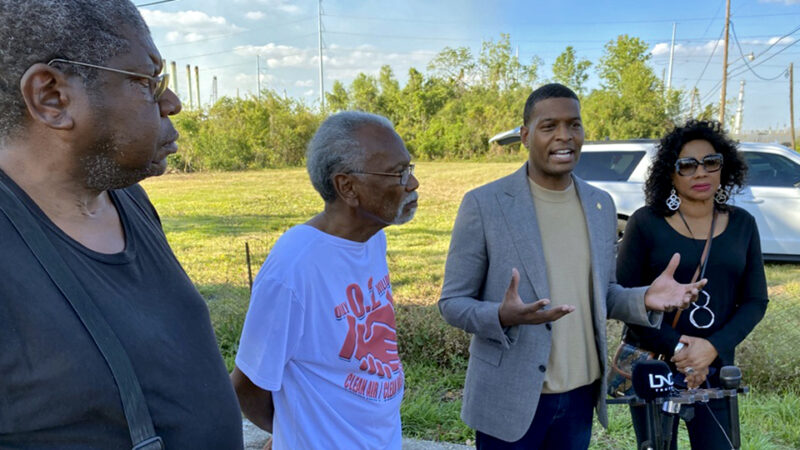 This chemical corridor, commonly called Cancer Alley, contains several hotspots where cancer risks are far above levels deemed acceptable by the U.S Environmental Protection Agency, according to an analysis from ProPublica.

Many of the residents most affected by this are Black and poor. They say when the oil, gas and chemical companies moved in, they offered their white neighbors buyouts that matched the property value of their homes. Then they built up to the fence lines of Black communities, exposing them to high levels of dangerous emissions and destroying their property values so much that they can’t afford to move. Some who live on generational land say they shouldn’t have to.

Two parishes in the region — St. John the Baptist and St. James — were among the first in Louisiana that EPA Administrator Michael Regan visited on his “Journey to Justice” listening tour of the Gulf South. He met with community leaders, activists and impacted residents who were fighting against environmental injustices.

“It’s striking to hear the conversations with community members about the exorbitant amounts of cancer in their families,” Regan told reporters while visiting a home in Reserve, Louisiana that sits next to a Marathon Petroleum refinery, a nearby grain terminal and two more refineries.

Numerous oil refineries and petrochemical plants are in operation in St. James Parish. In 2021, members of environmental justice organization Rise St. James fought plans for a 14-plant industrial park from Taiwanese petrochemical firm Formosa to be built in the parish. The project is currently on hold.

In St. John the Baptist Parish, a group called Concerned Citizens of St. John has been pushing for lower levels of the chemical chloroprene emitted from a polymer plant owned by Japanese company Denka.

The group filed a lawsuit, claiming that Denka caused them to have difficulty breathing, headaches, hair loss, heart attacks and tumors. A federal judge dismissed the suit in February, claiming they failed to file it within a year of their symptoms occurring.

Regan met with residents like Michael Coleman because he said he wanted to hear directly from community members about the issues they are facing and the solutions that they would like to see. 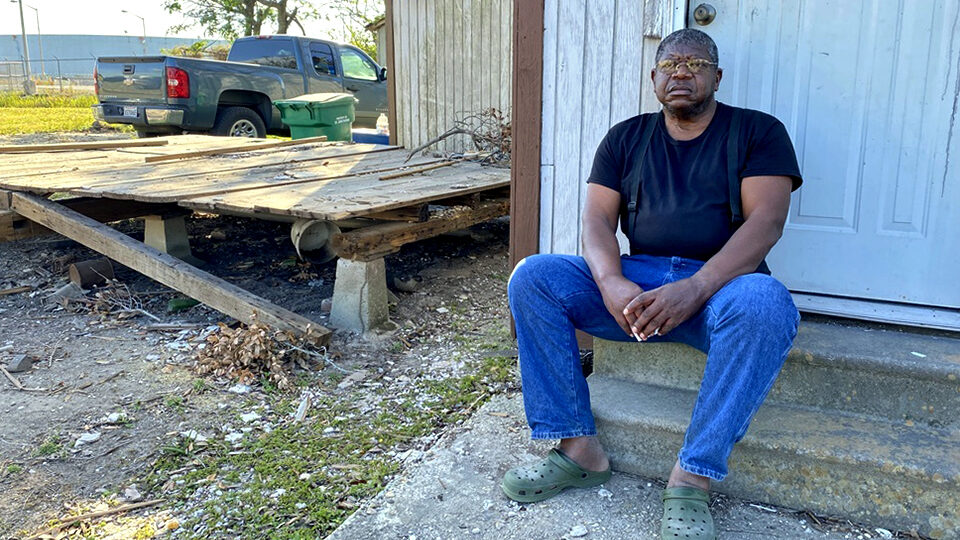 Bobbi-Jeanne Misick,Gulf States Newsroom
Michael Coleman sits in front of his home in Reserve, La. The house is the only one still standing on a residential street that sits next to the Marathon Petroleum refinery.

Coleman’s home in Reserve is the only one on his long stretch of the street. He said most people have been bought out but he doesn’t think the deals he’s been offered were fair. Still, he sees his neighbors accepting less and less money as their property values plummet.

“What they’re doing is killing us slowly with all the pollution in the air,” Coleman told Regan and the press. “The longer we stay, the price [is] gonna keep going down.”

Regan is the second Black EPA administrator — Lisa Perez Jackson led the agency from 2009 to 2013 — and is no stranger to environmental justice. He’s from Goldsboro, North Carolina, a predominantly Black city, where coal ash from energy plants, dumped into unlined pits, had contaminated water systems.

As the secretary of the state’s Department of Environmental Quality, Regan led the charge to excavate the waste across the state — the largest coal ash cleanup in the United States.

Regan kicked off his tour in Jackson, Mississippi, which is under an order from the EPA to update its aging water system. That system collapsed in February during a regional freeze, causing a month-long water outage. Hundreds of families are also suing city and state leaders for allegedly allowing children to be exposed to excess levels of lead in the water for years.

Regan said water infrastructure issues that plague Mississippi and Alabama are common in communities of color and low-income communities across the country. Projects focused on environmental justice and racial equity will be heavily considered when putting to use the $50 billion allocated to the EPA for sewage and water issues through President Joe Biden’s infrastructure plan, he said.

Regan also visited Mossville, Louisiana, a town founded by free Black people in the 1790s, where residents have dealt with toxins from petrochemical plants for years, Houston, Texas’s Kashmere Gardens, a cancer cluster, where chemicals from a former industrial facility have seeped into the area’s soil and groundwater.

“The South has historically, and probably most long lasting[ly], dealt with systemic racism issues, and we wanted to go back to the South and look at many of the states that are still reeling from systemic issues,” Regan said.

In Southeast Louisiana, he met with residents in the river parishes and in New Orleans’ Gordon Plaza, a neighborhood built on a former toxic landfill with the second-highest rate of cancer in the state.

Residents said they were hopeful that Regan’s visit would elicit change in the region. Here are some of their stories: 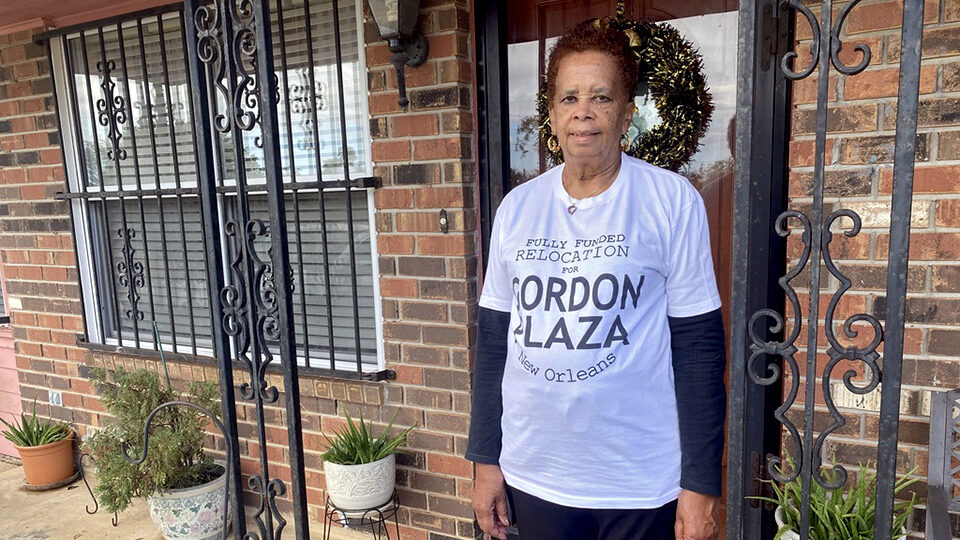 Bobbi-Jeanne Misick,Gulf States Newsroom
Lydwina Hurst stands in front of her home, purchased in the 1980s, in Gordon Plaza, a neighborhood built on a former toxic landfill. She told Regan that she and other residents are demanding the City of New Orleans fully fund their relocation

When I moved here, I was impressed with the lot. I have a very large lot and a lovely home brick home. At that time, brick homes were very popular … It was marketed to low and middle-income African-Americans.

I felt like I was moving to an American dream, not knowing that my home was located on toxic soil.

Residents [developed] cancer, respiratory diseases [and] rashes. I myself have been diagnosed with breast cancer and I’m a breast cancer survivor. We have had many residents who have died — not one, but maybe two or three members in a family with various types of cancer.

When I first moved back here, one of my grandsons was living with me. And I had a swimming pool back there and a swing set. My grandson now has asthma that he’s had for years.

It feels like I’m a prisoner, enslaved in my own home because I need to be cautious about so many things and cannot live the life that I want to live on a daily basis. My great-grandchildren cannot come back here. If they come, they stay in the house. I can’t allow them [to] go out into the backyard.

I’m delighted that [Administrator Regan] took the opportunity to come back here. He seemed very receptive to what we had to say, and I do feel that he will do something to help us. And I hope that I’m not wrong again, because we’ve had so many people come back here and do a lot of injustice to us, which is not fair at all. 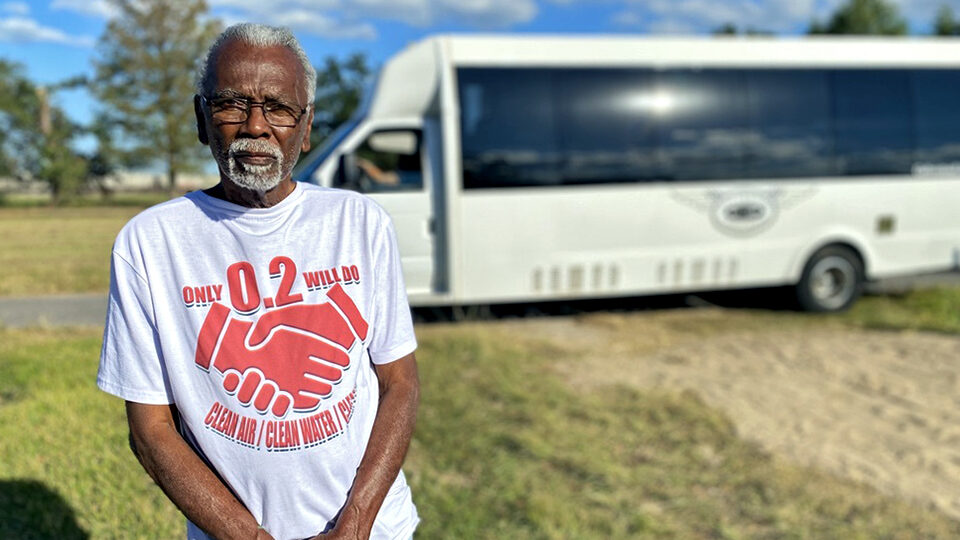 Bobbi-Jeanne Misick,Gulf States Newsroom
Community activist Robert Taylor stands in Reserve, LA where the Denka polymer plant emits chloroprene well above 0.2 emissions deemed safe. Taylor joined EPA Administrator Michael Regan on his “Journey to Justice” tour stop in St. John the Baptist Parish and expressed his concerns on the effects the Denka plant has had on his community.

My wife developed breast cancer. She survived that. But then our youngest child, my daughter, came out with this very rare disease. Nobody knew what it was. Then it was discovered that the real culprit was an autoimmune disease that made her vulnerable to these opportunistic diseases she was getting, and that one was caused by chloroprene.

Under normal circumstances [sharing my story] would be very draining. But I’m so reinforced by the fact that we finally got somebody that’s in a position to help us, to listen to us. I think it’s great that this man took his time out and had the decency and human compassion to come to the community and seek our advice and to find out about our conditions firsthand. So that sort of energized me in what normally would be very, very draining.

We’re going to give him an opportunity to do what he can. But we just insist that we not be made guinea pigs any longer. We know the damage that Denka is doing to us. So let’s make them stop until they can fix that. We need them to stop right now. We don’t need another moment of this horror imposed on us.

We would welcome industry. We know it’s vital to our economy, but it don’t have to kill us. We should not have to be the ones whose lives are taken, you know, in the name of progress or safety. 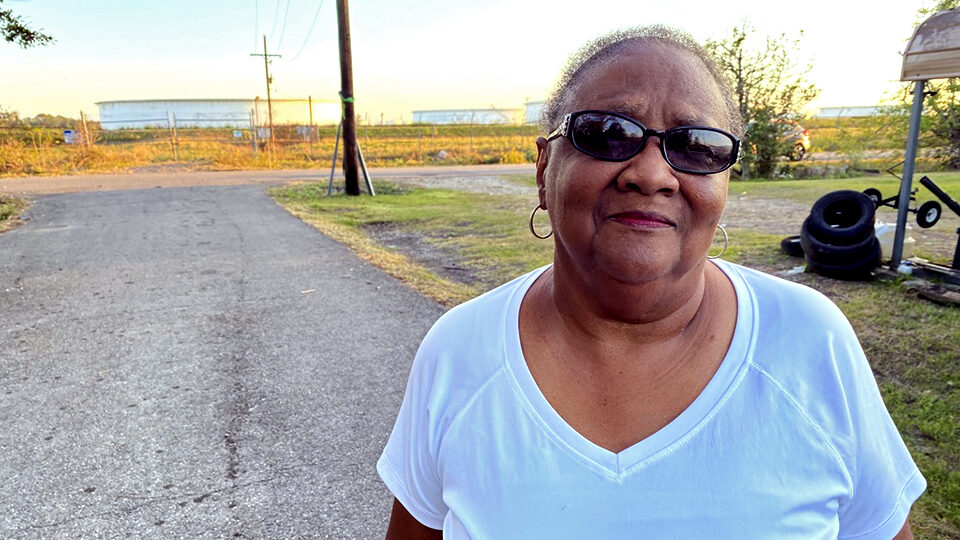 Bobbi-Jeanne Misick,Gulf States Newsroom
Brenda Bryant stands outside her home in St. James Parish. Bryant said Regan’s “Journey to Justice” tour across the Gulf South is a “good thing” because it helps bring awareness to what’s happening in her community.

I call us “the Sandwich…” That’s NuStar [crude oil storage facility] and that’s Shell (a closed refinery). We are actually sandwiched in. And I’m the meat.

My neighbor had breast cancer. The lady that lives in the white trailer, her husband passed [away] last Friday. And [there were] about five of us standing there talking about the fact that we had breast cancer.

If they want this part of the parish to be [an industrial area], then help the community to move to a safer area where all these plants won’t be around, [so] that we won’t have to put up with the chemical smell and the spills and all of that.

I think it’s a good idea [for the EPA administrator to visit] because we need the publicity to help bring awareness to what’s going on in our community.