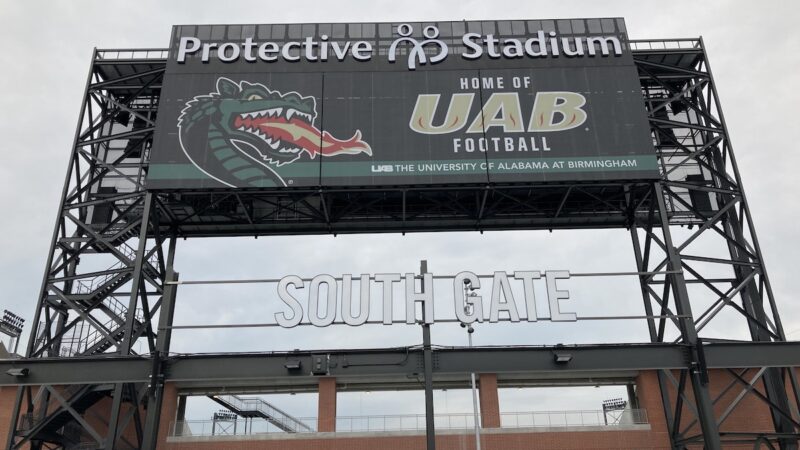 The city of Birmingham will purchase 1,000 tickets to every UAB football home game for a total cost of $100,000, the City Council decided Tuesday.

The tickets, which retail between $20 and $45 each, will be dispersed among city employees, youth groups and neighborhood associations, according to a resolution put forth by Mayor Randall Woodfin’s office. The money will come from a hotel surcharge fee passed by the council in 2019.

Hoyt cited the city’s commitment to pay UAB $3 million per year for 30 years, part of the 2018 agreement to construct the just-finished Protective Life Stadium, which will host the first game of the UAB season Thursday.

“We’ve made a tremendous sacrifice of $3 million per year, and I’m just wondering why we’re becoming the welfare place [for UAB]. I don’t know how much more committed we need to be … There are more corporations within the city of Birmingham who could possibly help out with some of this,” Hoyt said. “As they say in the streets, ‘Pimpin’ ain’t easy,’ and I’m telling you, this is pimping to the highest level.”

Abbott, meanwhile, said that the city should instead focus its resources on maintaining city services.

But other councilors stressed the economic importance of making sure UAB football games are well-attended.

“I questioned the value in investing in a downtown stadium, but now that we have it, I think it is what it is, and we have to utilize it for the purpose it was intended,” said District 5 Councilor Darrell O’Quinn. “As with many things, you have to look deeper, and in this case, you have to understand that sports is a business — and in this case, there are a lot of economic development opportunities that are very much attached to butts being in seats in that stadium. Filling those seats is a means to an end, which is growing the economy of the city of Birmingham.”

Hoyt responded by arguing that the economic development was not being equally shared with minorities, particularly when it comes to contractors and vendors, arguing that the black-owned restaurant Yo Mama’s was the sole exception.

District 6 Councilor Crystal Smitherman said she hoped the city-purchased tickets would go out “into the community,” particularly those who could not otherwise afford tickets.

“I want to make sure our people have access to the game and the stadium that they’re going to be paying for for the next 30 years,” she said.