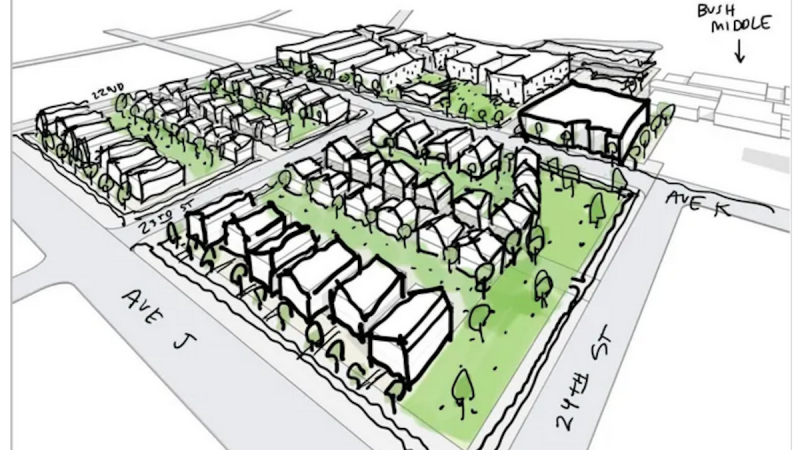 Plans are moving forward to redevelop the former Ensley High School property as a 244-unit housing development. The Birmingham City Council approved an ordinance Tuesday selling the campus, which has been abandoned since 2006, to the North Carolina-based Zimmerman Properties for $50,000.

The city also will provide incentives for the project in the form of a grant of up to $1.5 million, some of which will come from the U.S. Department of Housing and Urban Development Home Investment Partnerships Program.

The new apartments are being developed in partnership with the Housing Authority of Greater Birmingham. The total project is expected to cost $54.6 million.

The campus’ main building was severely damaged by fire in 2018 and will be demolished to make way for the new development.

The first phase of construction is planned to include a three-story apartment building, a community center and a three-story parking deck. Apartments will be available to those earning between $16,000 and $45,000 annually. The planned redevelopment also will convert the former Ensley High School gym to commercial space.

District 8 Councilor Steven Hoyt was the sole voice of opposition to the agreement, saying that the planned development includes too many units and will “condense” the area’s population, exacerbating rates of violent crime.

“We’re going to concentrate poverty in an area that already has experienced that,” he said. “It’s my opinion that we need more single-family detached homes there … Multifamily [housing], generally the persons who live there are transient. They move in and out. When you’ve got somebody who’s got a home, you’ve got an investment. They have some ownership, and it’s a little more stable than just multifamily. Just given the history of that community, the crime rate is still high in that community. We really want to promote homeownership.”

Hoyt argued that multifamily developments are more likely to be approved in majority-Black areas of Birmingham than they are in majority-white areas.

“There is a distinct dichotomy in how we view the Black community,” he said. “It really is a tale of two cities.”

The council approved the redevelopment deal, with Hoyt as the only “no” vote. Council President William Parker was absent.

In recent weeks, the council has addressed the future of several abandoned schools in the city. In March, it approved the demolition of Banks High School, which has been vacant since 2007. It’s also mulling a proposal from Mayor Randall Woodfin’s office to redevelop Hill Elementary School, which closed in 2014.