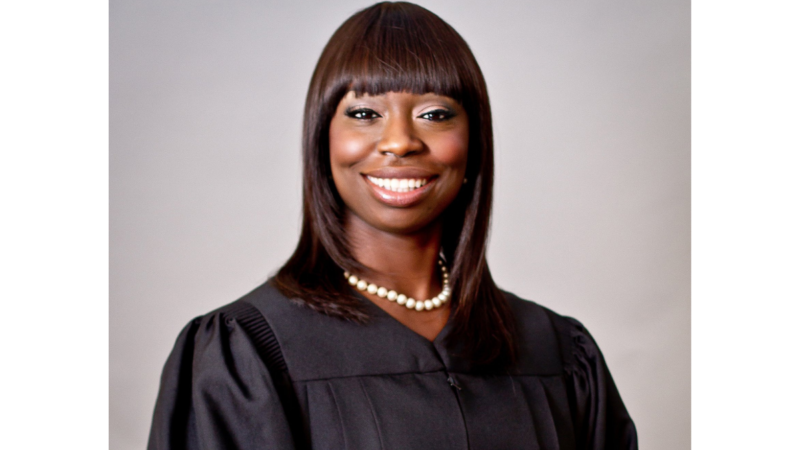 MONTGOMERY, Ala. (AP) — An Alabama judge accused of violating judicial rules with her opposition to the death penalty went on trial Monday on ethics charges that could result in her removal from office.

Jefferson County Circuit Judge Tracie Todd, who was suspended with pay after investigators accused her of wrongdoing in April, became embroiled in the debate over capital punishment and issued erroneous decisions that violated orders by higher courts, according to charges filed with the Court of the Judiciary, which hears complaints against state judges.

Todd, who ruled the state’s capital punishment law unconstitutional five years ago, made public comments and took actions that showed she was improperly embroiled in the issue and lacked the “detachment and neutrality” required of a judge, alleged the Judicial Inquiry Commission, which investigates complaints and files charges.

Todd also was charged with improperly barring a prosecutor from handling cases in her court, questioning a defense lawyer about political contributions and conducting her own investigations.

Todd’s attorney, Emory Anthony, said the judge followed her understanding of the law in ruling the state’s old death penalty sentencing scheme unconstitutional. He suggested the case was fueled by dislike of Todd in the district attorney’s office.

“The only thing she attempted to do was her job,” Anthony told the court.

The charges date back years and involve matters that should have been considered by appeals courts, not judicial investigations, Todd’s defense claimed in court documents. The allegations amount to a violation of Todd’s First Amendment rights, the defense argued.

“Punishment for legal rulings or as a prescription on freedom of speech are not the intended uses of judicial disciplinary powers,” the defense said in written arguments.

Judicial investigators said the state’s right to file appeals didn’t mean additional actions weren’t required against Todd. They referred to her in a nearly 100-page complaint as “a judge who continued to fail to respect and follow clear directives and rulings of the appellate courts — even after the law was set forth in pleadings submitted to her.”

Todd is a Democrat who first took office in 2013. The complaint that resulted in judicial ethics charges was filed by a former Republican district attorney, court documents showed.

Todd, who handles cases in Alabama’s most populous county around Birmingham, made national news in 2016 when she barred prosecutors from seeking the death penalty against four men charged in three killings. She questioned a state law in place at the time that allowed judges to override jury’s recommendations of life without parole and sentence people to death. Since then, the law was changed and judges must follow the jurors’ suggestion.

In her 28-page ruling, Todd called the previous practice a “life-to-death override epidemic” and questioned Alabama’s judicial elections, which are held along partisan lines.

“There is a time and place for diplomacy and subtlety,” Todd said. “That time and place has been expunged by the dire state of the justice system in Alabama. It is clear, from here on the front line, that Alabama’s judiciary has unequivocally been hijacked by partisan interests and unlawful legislative neglect.”

The complaint against Todd said she went too far.

“Despite her arguable intent to accomplish what she perceived as noble purposes, (for example) elimination of the death penalty (at least in its current form), of selective prosecution, of racial discrimination in imprisonment, etc., her intent to achieve a noble purpose does not excuse apparent disregard of the law or her failure to maintain competence in the law,” judicial prosecutors charged.