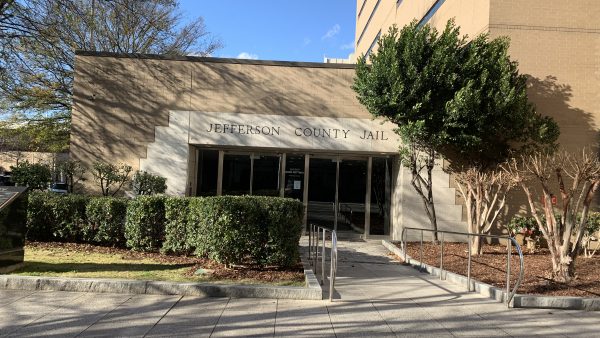 Alabama’s overcrowded prisons are one of the riskiest places to be during the coronavirus pandemic since social distancing is impossible. As part of efforts to control the spread of the disease, the Alabama Department of Corrections stopped receiving inmates from county jails on March 20. A month later, the system began taking inmates again, but only at about a quarter of the usual rate. That leaves a backlog of about 3,000 inmates waiting to be transferred, putting pressure on local facilities.

Last week, Gov. Kay Ivey issue issued an order telling the prison system to come up with a new intake procedure. WBHM’s Andrew Yeager spoke about the situation with Sonny Brasfield, executive director of the Association of County Commissions of Alabama.

The problem created by the backlog:
“County jails are overcrowded. A number of counties are looking at having to build county jails. With COVID we face the same issues in every county jail that the Department of Corrections does. Every sheriff in this state holds his breath every day in the hopes that there’s not someone that has a fever that’s exhibiting symptoms just as the Department of Corrections does. The only difference is there’s a county jail in every county. There are only corrections facilities in a handful of counties.”

Reaction to Ivey’s order:
“We’re hopeful that this proclamation will result in the intake procedure that is currently being used being altered and improved so that the flow of inmates can return.  I hope the seriousness of that’s not lost and the urgency that that proclamation expresses is not lost. We have offered, just to be honest, to quarantine inmates. We have a dozen or so jails that have extra space and have the expertise to quarantine these state inmates at the local level. Up until this point that’s not been something they’ve embraced.”

How much longer county jails can survive with the reduced intake numbers:
“The issue right now is not as dire because there’s been a lot of work at the local level to give the jails relief in many areas. Up until the last couple of weeks the court system had not been functioning, so the influx of new inmates had certainly slowed down. Our significant concern is that if we do not get a new intake process together by the time jury trials start in Alabama, which is mid-August, if we don’t have a new system working, at that point we’re going to reach crisis.”