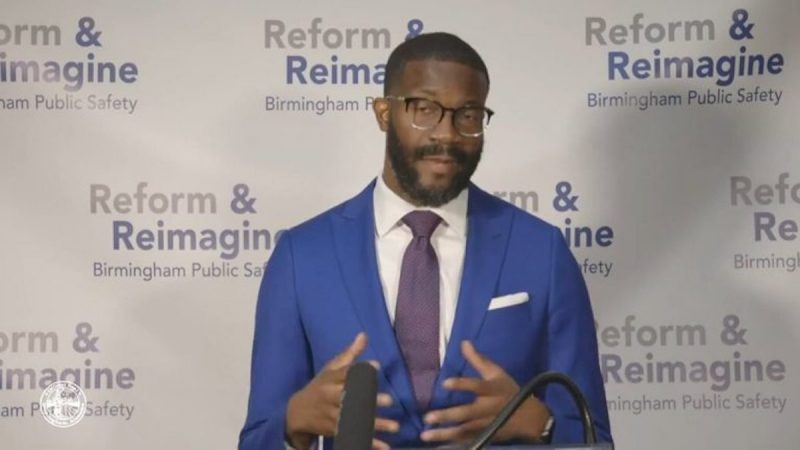 After several months of study and citizen input, the City of Birmingham announced Thursday that police reforms are underway — some of which will go into effect shortly, others that will take years — with the end goal of making law enforcement more transparent and responsive to the needs of the citizens.

But Mayor Randall Woodfin said the city will need the assistance of health care providers and citizens to make the reforms work over the long term. He rejected calls to defund the police, saying that the most common request he hears from citizens is to beef up the department and put more officers on the job.

“As it relates to the city of Birmingham’s police department budget, well over 90 percent of that budget is for personnel, the actual salaries of our police officers. Unless we are saying to the public we want to let go of police officers, we’re not going to be in a position to have this conversation…

Although the Birmingham reform initiatives are connected with the national Eight Can’t Wait campaign, modifications exist based on the relationships between Birmingham police officers and the community. The task force “recommended initiatives that address community engagement, better policy and better oversight as well as training and education and safety and wellness,” Woodfin said.

“It is important to understand that reform cannot happen in one day. Reform doesn’t happen in one week or one month. That is an ongoing process that takes time,” the mayor said. “However, I remain committed along, with Hunter Williams, the chair of the Public Safety Committee and the entire City Council in establishing a public safety agenda to improve matters for our residents as well as our police department … I remain on a path to get to where we need to be, and that is to be transparent, proactive and responsive to build a safe, healthy as well as an equitable future for citizens and our community.”

While some elements of the agenda will take a year or longer to implement, the mayor said some things can be put in place relatively quickly.

One of the first, he said, is that starting Friday, Dec. 18, “Social workers will partner with officers from West Precinct to address misdemeanor domestic violence incidents. The emergency advocacy team pilot program, or ‘Pete’ for short, is a pilot program which will work to break the cycle of domestic violence.”