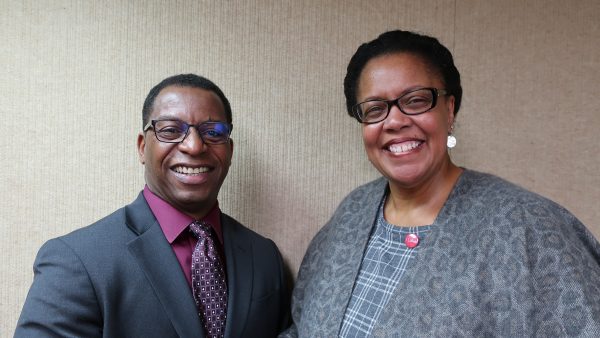 Those conversations have been happening in Birmingham too, and today we’ll hear from Cassandra Adams and David Wilson.

Prior to their conversation and having never met, they each wrote biographical statements to share.

In addition to disclosing their political identities — Cassandra identifies as a liberal and David as a conservative — their statements led to a conversation about racial identity.

Cassandra Adams (CA):  My parents, I don’t ever recall them voting. They did not believe in participating because of how they were treated.

CA: So their energy went into the home, into that which they could control and impact and influence.

DW: Right. I was born in Boston, in Roxbury, and my mother had me when she was 18. Never got the chance to meet my father. Grew up with my grandparents. Two days after my 18th birthday, I went to the Air Force.

You’re talking about humanity. We’re all humanity, because I don’t like to be put into a box either. And I’ve been on both sides of the political spectrum throughout my life.

CA: The stereotypes … I feel like I’m constantly fighting stereotypes.

Let me ask you this. When you read my bio …

CA: What did you think? And please be as honest as you feel comfortable because nothing would bother me.

DW: Yeah, the first part, and I think it said something like African-American, educated … I’m paraphrasing, obviously.

So the first part. My mind kicked into stereotype — she’s probably dyed-in-the-wool Democrat, end of story. The second part was intriguing because you said something along the lines of an open mind. And I thought, well this will be interesting.

CA: When I read your bio, I just thought you were a white man.

CA: I thought I was going to come in here and just like …

DW: I don’t even know what it was!

CA: And that’s what is so interesting to me! Is that …

CA: That’s exactly right! So I have to admit it. And that’s part of my life journey.

CA: And I appreciate you receiving that and allowing me to admit my stereotype, because when you walked in the door, [I] stood up and introduced myself. I was like, oops, oops, oops!

DW: Why don’t we have more of those conversations than anything else? Right?

And we’ll have other conversations with others, maybe visit, maybe your wife and my husband [the] four of us can get together and continue a conversation. But my point is that, what are we afraid of?

DW: So hopefully it starts to change, hopefully our kids change. Right? That’s all we do. We pass it on to our kids and hopefully they can continue to change the culture for the good. 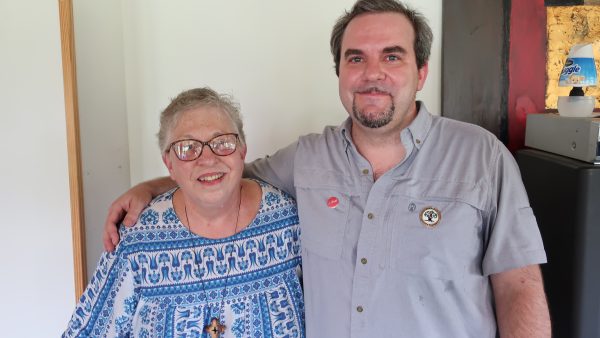 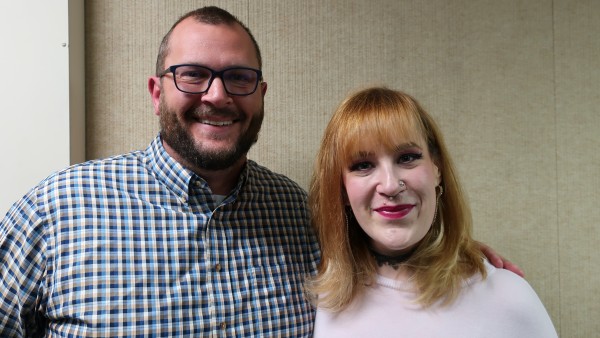