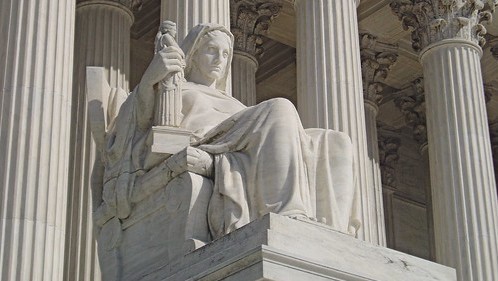 The U.S. Supreme Court won’t revive Alabama’s ban on the most commonly used procedure in second-trimester abortions. The measure has been blocked by lower courts.

The justices on Friday rejected the state’s appeal in which it sought to enforce a law enacted in 2016 that bans the abortion procedure known as dilation and evacuation. Alabama Attorney General Steve Marshall calls the procedure “dismemberment abortion.”

Courts have blocked similar laws in Kansas, Oklahoma, Louisiana, Texas and Arkansas. Court records show 93% of abortions in Alabama occur before 15 weeks of pregnancy. For the 7% of abortions that occur later, almost all are by dilation and evacuation.

Randall Marshall, executive director of the American Civil Liberties Union of Alabama, praised the court’s decision. He said the law would have effectively ended access to second trimester abortions in Alabama if the ban had been allowed to take effect.

“We are not surprised by the Supreme Court’s decision to deny reviewing this case. In doing so, they are upholding the Supreme Court’s own precedent in protecting a woman’s right to access the healthcare she needs. A woman’s health, not Alabama politicians, should drive personal medical decisions,” Marshall said.

Abortion providers had challenged the 2016 law in court and U.S. District Judge Myron Thompson found that it would amount to a virtual ban on abortion in the state after 15 weeks of pregnancy.

The 11th U.S. Circuit Court of Appeals affirmed Thompson’s ruling blocking the law, but two of the three judges on the panel said they voted to affirm only because they are bound by past Supreme Court decisions in support of abortion rights.

Chief Judge Ed Carnes wrote that “dismemberment” is an accurate description for the procedure but ruled against the state. “In our judicial system, there is only one Supreme Court, and we are not it,” he wrote.

The ruling comes shortly after Alabama lawmakers passed a law that would ban almost all abortions in the state, in the hopes of sparking a new court case that might prompt justices to revisit the legality of abortion. That abortion ban, which is slated to take effect in November, is facing a challenge in court.

Marshall said the Friday ruling on the procedure ban is perhaps a sign that justices, “are not ready to go in and make sweeping changes.”

The Supreme Court still is likely to hear an election year case involving abortion, a challenge to a Louisiana law that requires doctors who perform abortions to have admitting privileges at nearby hospitals. A district judge who barred the state from enforcing the law found it would close one or two of the state’s three abortion clinics.

The 5th U.S. Circuit Court of Appeals upheld the law and would have let it take effect pending a Supreme Court appeal. But the justices kept the law on hold in a 5-4 vote in February, pending a full review of the case.

Louisiana was among 21 states that urged the high court to hear the Alabama case. The other states, like Louisiana, have passed sweeping abortion restrictions, including an abortion ban as early as six weeks when a fetal heartbeat can be detected.