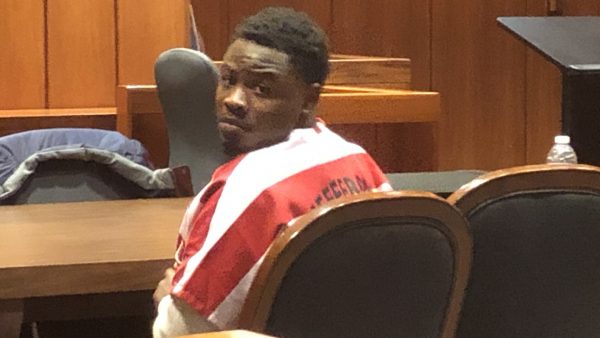 Prosecutors said bullets from Brown’s gun struck Brian Wilson in the chest and abdomen that night at the mall. Another of Brown’s bullets remains lodged in a 12-year-old girl, who was also wounded in the shooting.

Alabama Attorney General Steve Marshall took over the case in December. His office is handling the investigation into Bradford’s shooting and the case involving Brown.

Brown’s lawyer, Charles Salvagio, said his client was acting in self-defense when he fired a .40 caliber pistol at Wilson.

“Brian Wilson walked up, slapped him, punched him more than once, then Erron fired,” Salvagio said.

At some point before the shooting, Salvagio said, Wilson and Brown had a disagreement.

Roosevelt Poole provided witness testimony at Thursday’s hearing. He was with Brown at the mall. He said Bradford was with Wilson. Bradford texted Poole to ask where he and Brown were in the mall, according to Poole.

“They contacted Roosevelt Poole, and then came up there and all hell broke loose,” Salvagio said.

The fight and the shooting happened on the second floor of the mall near Foot Action and JC Penney.

Poole, Erron Brown and another friend fled the mall after shots were fired. Brown’s friend testified that Brown was nervous after shooting Wilson and said, “I think I killed him.”

Poole said almost two days later someone fired several rounds into the house where he and Brown lived.

Salvagio said Brown fled to Georgia to stay with a relative for a few days and did not tell his relative about his trouble in Birmingham. U.S. Marshals arrested Brown in Georgia on Nov. 29. Pete Acosta of the Alabama Law Enforcement Agency testified that the gun Brown used in the shooting was found with his clothes in Georgia.

Thursday, the Judge Bell reduced Brown’s bond to $60,000. Bell said Brown must wear a monitor if he bonds out of jail.