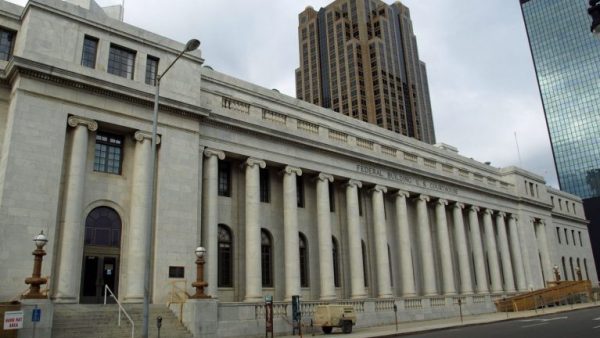 Federal employees in Birmingham and across the state returned to work Monday after a record-setting, five-week partial federal shutdown that affected about 5,500 workers, almost 10 percent of the state’s 50,000 federal employees.

About 120 of these federal employees work in the U.S. Attorney’s Office in downtown Birmingham, where most of the workers had been furloughed.

A first priority at the office Monday morning was getting employees’ time recorded and approved quickly “so folks can get the past two paychecks,” says U.S. Attorney Jay Town.

Another priority for employees back at their desks after five weeks was checking and responding to weeks of voice mails and emails. Employees are prohibited from responding to messages or doing any government business while on furlough.

“Folks are happy to be back at work and that the funding lapse is over for now,” Town says. But he noted that just as normalcy arrived, severe weather predicted for Tuesday prompted new contingency plans. Federal offices could end up being shuttered if storms create hazardous travel conditions.

Praising the commitment of staff members, Town says “The big message is we are back at work, and in many ways, we never stopped working.”

He says the public should know, “We do plan for things like this. Critical components have continued.” Some essential employees in the criminal, civil and appellate divisions worked through the shutdown, Town says, “without pay and without complaint.”

As a presidential appointee, Town was one of those who was not furloughed and stayed on the job.

“Today, everybody just feels behind and ready to get back to work,” says Town.

Town, who was appointed by President Donald Trump, has served as U.S. attorney for the Northern District of Alabama since August 2017. The northern district office in downtown Birmingham and a branch office in Huntsville serve 31 counties in north Alabama, including Jefferson and Madison.

Prompted by a standoff over Trump’s demand for $5.7 billion to build a wall along the U.S. southern border, the shutdown exceeded the previous record of 21 days by 14 days to become the nation’s longest shutdown ever.

The possibility of resuming the shutdown looms, however. The president said that if Republicans and Democrats cannot reach agreement on wall money by the February deadline, the shutdown could resume, or he might declare a national emergency to bypass Congress and fund the wall, which was a major campaign promise.

Federal shutdowns and the economic impacts they cause are unique, said University of Alabama at Birmingham professor Patrick J. Murphy, Ph.D, Goodrich Endowed Chair of Innovation and Entrepreneurship at the Collat School of Business.

“Federal shutdowns are political stalemates, a stand-off over politics and policy with real effects on the economy, and the longer it goes on, the deeper the effect gets,” says Murphy. “I personally think it’s unfortunate when politics or policy issues have a direct effect on the economy in this way. The ones causing it are not being affected, but citizens and people working for the government are affected.”

Before it was temporarily halted, the shutdown was getting into a crisis situation, with more and more people affected, he said. “We saw that on the horizon last week with issues with flight safety. It was getting more and more serious,” Murphy says.

Also, folks being out of work and not being paid because of a government shutdown is different from when a company lays people off for reasons that are economic or supply-based. “The federal government is a large organization and it was shutdown like a company. Here the case is purely bureaucratic because it’s purely politics,” Murphy says

Measuring the economic impact of a shutdown is challenging, he added. “You can’t measure the impact perfectly, but you look for data and evidence of the effects.”

“If people cannot afford groceries or to put gas in the car, if it gets bad enough that people skip meals or don’t take a child to the doctor, these are all observable, measurable things,” he says.

However, he says, “the power of community can become very important in these situations,” when the informal economy responds in a positive way. “We’ve seen it across the country and locally, where people who can help do come together to help those who are affected.”

Efforts across the country to help affected workers can be seen as an entrepreneurial bottom-up solution that comes from the community as a result of the top-down situation that is a federal shutdown, Murphy says.

Community can be the safety net that a socioeconomic system has to address the negative effects of a shutdown.

“Informally, there is a capacity to come together and support one another when the bureaucratic aspect of the government fails,” Murphy says. “It’s important for people to remember that.”

Murphy also believes and hopes that the longest shutdown ever could result in Congress taking steps to make changes in the budgeting process to prevent future government shutdowns and the economic chaos they can create.

In Alabama, NASA had the most employees affected, with most of the Huntsville operations’ 2,200 employees on furlough. About 231 Federal Aviation Administration employees in the state were impacted, including Transportation Security Administration agents. About 945 Coast Guard members and employees are listed as working in Alabama and impacted, according to Governing magazine’s website.

The Department of Agriculture employs about 900 employees in the state, and many were furloughed.

However, the USDA opened some Farm Services Agency offices in the state and across the U.S. last week for certain services, including applying for the Market Facilitation Program, which offers monetary relief to farmers impacted by trade tariffs.

The deadline to apply for the new program was during the shutdown, and USDA officials already had said that the deadline would be extended by however many days the shutdown kept farmers from applying, says Mary Johns, director of news services for Alabama Farmers Federation.

“It’s been a headache and a hassle that Farm Service offices were closed,” says Johns, but based on feedback from Farm Bureau members, the effect has been minimal on farmers.

“We’re happy they are open again. Our message would be to encourage any farmers with Farm Service needs to get into the offices in the next three weeks, while we know that the offices are opened. After that, we don’t know what is going to happen,” says Johns.

Johns says the Market Facilitation Program – designed to help keep farmers affected by trade tariffs afloat – has been of particular interest to Alabama’s soybean farmers. Trade tariffs with China in particular have strongly affected markets for soybean farmers in the U.S. and in Alabama, where soybean production was predicted to reach 14.7 million bushels in 2018.

The first day back at work for the 79 employees of the USDA Office of Rural Development brought lots of technology challenges, password changes, removal of “office closed” signs and updating of out of office messages, plus some new contingency planning, says Chip Beeker III, state director.

The day also brought word from USDA in Washington, D.C., that all missed payrolls have been processed.

“They did exceptionally well on that. USDA had the payroll processed by midmorning Monday,” Beeker says. Furloughed employees should be paid by Thursday, and some will see their back paychecks direct deposit as early as Tuesday.

Still, making up for five weeks away from work is “unchartered territory” for Rural Development employees, Beeker says. The agency is determining priorities among the agency’s many services that have been at a standstill. Rural Development works with cities and towns on water systems and environmental projects and with individuals on housing, guaranteed loans and rural business development.

“We’re back for one day and now there is a winter storm coming,” Beeker says. Employees at most of the state’s eight Rural Development offices and the state office in Montgomery were put on standby, taking laptops home Monday night in case a winter storm does make for dangerous travel. Meanwhile, conference calls are scheduled daily with the national office, Beeker says, and employees are happy to be back at their jobs with a paycheck in sight.