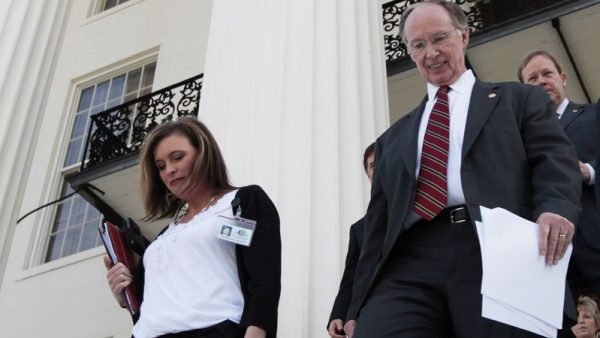 A committee of lawmakers opened impeachment hearings against Governor Robert Bentley today, beginning a probe on whether there are grounds to remove the two-term Republican from office.

“When you’re looking at impeaching a governor, a sitting governor, I don’t think we should take it lightly,” says House Judiciary Committee Chairman Mike Jones regarding the difficulty of the task at hand. “And so, when working and getting ready for these rules and procedures, we didn’t take it lightly. We did a great deal of work and preparation to prepare the members of the committee to adopt rules.”

The process is a lengthy, Jones says, and this is not sitting well with other state officials.

“You’ve heard of a ‘slow boat to China?’ Well, this impeachment process is a ‘slow boat on the Alabama River,” says State Auditor Jim Zeigler, a leading critic of Bentley. “The Mike Hubbard investigation and legal proceedings took three years. If the Bentley investigation takes that long, his term could be over. This is not acceptable. Justice delayed is justice denied,” Zeigler says.

The committee will make a recommendation to the full House on whether impeachment grounds exist.

The impeachment hearings come in a season of political upheaval for GOP office holders.