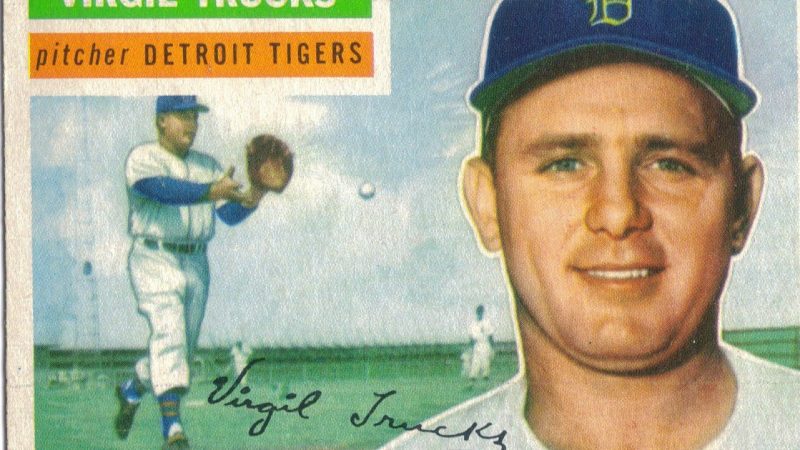 With the baseball season beginning this week, we want to take you back 70 years and introduce you to Birmingham native Virgil “Fire” Oliver Trucks. He pitched mostly for the Detroit Tigers in the 1940’s and 50’s in an era where Ted Williams and Mickey Mantle dominated the game. Trucks is not a household name, but he’s one of only a few players to throw two no-hitters in a single season. WBHM’s Michael Krall recently visited Trucks at his home just south of Birmingham. As he found out, it’s a career filled with accomplishments, oddities, and being in the right place at the right time…